More
Articles today i learned (til) New Houston: We have a problem 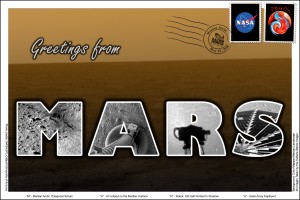 If you are a technology enthusiast, NASA observer or all around space geek, you don’t need me to point out the connection between two recent news events. First off, SpaceX has successfully launched, maneuvered and docked their spacecraft “Dragon” with the International Space Station. That’s ISS for you acronym junkies. This is impressive not only in the sense that the actual feat is an accolade shared by very few extra-atmospheric vehicles – to my knowledge only the NASA Shuttle, and respective Russian, European and Japanese space agency crafts have ever docked with the ISS – but the Dragon was the first vehicle produced by an independent company. Deeming Space X as “independent” may give some readers pause, as at least at this point, a sizeable portion of their total funding comes from the US government to replace the lost Shuttle capabilities through the “Commercial Orbital Transportation Services” program run by NASA. The second event is the announcement by Dutch company Mars One revealing their plans to colonize Mars. This, again, is really only significant when considering how Mars One has proposed funding their journey to the red planet – namely, and in their own words, via “media spectacle”. I imagine that will include some kind of space Snooki doing shots of Jägermeister while orbiting Phobos or something, but the point is Mars One plans on going where no man (or woman, so as not to exclude Snooki) has ever gone before without being bankrolled by tax dollars. Ironically, the Dutch could be considered experts in the field of corporate colonialism. If memory serves, if you were getting your spice on about 400 years ago you had the Dutch East India Company to thank for that. It does deserve mentioning however that Mars One is not the first organization to ever propose such an undertaking. In fact, independent organizations have been in the planning stages of colonizing Mars for years, with one particularly prominent group being the Mars Society led by Dr. Robert Zubrin, but these organizations are focused on the technical aspects of a journey to and eventual colonization of Mars, rather than how to fund the colonization.

So, taken in concert, the literal launch of the SpaceX’s Dragon spacecraft and the metaphorical launch of Mars Ones’ venture to fund the colonization of Mars, I would argue that the likelihood of anyone even setting foot on Mars within the next 50 or so years has gone from “not going to happen” to “it might actually happen but still probably not”. Why you ask? Because it’s too expensive, too political, and too dangerous for a single government to do alone.  I have never done any book learning on the Cold War, but from my perspective the whole point of the space race (which as a direct consequence gave us global telecommunications, the above mentioned ISS and the Hubble telescope among others)  between the United States and the former Soviet Union had less to do with legitimate exploration of orbital and sub-orbital space or going to the moon and more with “if my adversary has the capability of global surveillance and strategic space bound nuclear weapons, I want it too.” But now that there are no other communist super powers to compete with (oh wait), why bother going on to Mars? Do the scientific motivations outweigh the risks of sending humans instead of rovers or other autonomous vehicles? I don’t know the answer to that, and I don’t think any government space agency does either, which makes trying to pitch, fund and actually complete a government organized, manned mission to Mars dubious. Thus, as crazy as it sounds, corporate settlement of Mars might be the best option. However, for their part, NASA has not completely given up the ghost (of mars?) on exploring the Martian surface, and has unleashed a parade of satellites and rovers, with an upcoming landing of the curiosity rover celebrated with a recent and admittedly kind of bad ass promo , over the past several years.

So what would the possible goal of colonizing another planet be? If undertaken by a privately funded company, the obvious answer is money. If Mars One leads the way, it might not be “New Houston” that is home to the future inhabitants of Mars but New Amsterdam (again). Are vast quantities of resources the goal of Mars One and like minded would-be-colonists, or is simply the prospect of settling a new world, unfettered of governments, geopolitical conflict and a breathable atmosphere the ultimate goal? Either way, it’s difficult to grok.