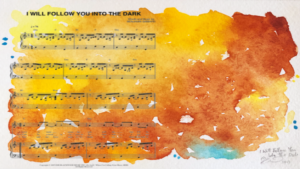 PART TWO: WHY DOES SYNESTHESIA HAPPEN?

So, we know a bit about what synesthesia is. But what actually causes these remarkable perceptions?

Well the truth is, as usual, that no one really knows for sure. There is strong evidence for a genetic component to synesthesia, as it tends to run in families. Despite this, however, it isn’t inherited directly- that is,  the type of synesthesia, in terms of what stimuli will produce what sensory responses, doesn’t seem to be inherited at all. If your mother had lexical-gustatory synesthesia, for example, you are statistically more likely to have some form of synesthesia, but there is no  preference towards synesthesia involving vision or taste. This, along with the fact that many people have more than one type of synesthesia, suggests that all forms of developmental synesthesia share some common cause and genetic predisposition (Ward). What this genetic component actually does is still contentiously debated though.

Investigations into synesthesia have been going on for many years. In 1690, John Locke wrote about a blind man who described the color scarlet as “the sound of a trumpet”, and the first well-documented case of synesthesia dates all the way back to 1812, when an Austrian doctor named Georg Sachs included descriptions of his own synesthesia in his medical dissertation (Ward). When the scientist Cornaz reviewed Sach’s paper again in 1848, it generated a lot of interest in the phenomena, and many more cases of synesthesia were discovered and investigated. Cornaz, however, thought that the color-grapheme synesthesia Sachs experienced was related simply to his eyes. He suggested that it was a result of having more color receptors in the eye, and therefore being able to detect additional colors that others couldn’t see (Ward). This explanation has been widely rejected, but it did spark the first significant interest in synesthesia, and people began to suggest other possibilities, such as Lusanna’s 1873 proposal that the “cerebral organs” for music, language and color might be close to each other and might overlap or connect in people with synesthesia (Ward).

Interest in synesthesia seems to have waned during the early 1900s, but it was definitely revitalized in the 1980s, after the neurologist Richard Cytowic published several case studies and a popular book, “The Man Who Tasted Shapes”, about synesthesia. Although his suggestion that synesthesia might be related to the limbic system has also been discredited, he played a huge role in bringing attention back to synesthesia and starting a new era of neuroscientific and psychological research into it.

In terms of the current research into the neural mechanism for what is happening in the sensory systems of synesthetes, there seem to be two major competing schools of thought. One views synesthesia as a result of structural differences in the brain and nervous system, and the other claims that it is due to functional differences in use of the neural circuits we all have. To break down each of these hypotheses, we can look a bit more closely into the arguments of each:

As with all complex scientific concepts, there are no easy answers when it comes to synesthesia, and as always, there are many suggested explanations. The “Teams” above are definitely not divided into black-and-white, entirely separate categories, and many have suggested ideas that combine different aspects of each theory we’ve discussed, along with novel insights.

The most interesting proposals I’ve found are briefly summarized below:

According to scientists, synesthesia could be due to…

Whatever the true cause of synesthesia is, there is no debating the fact that it is absolutely remarkable. Synesthesia  has also had tremendous impact on culture over time as well, with many influential artists, musicians, and writers purported to have a form of synesthesia. If you want to read about the way that synesthesia has affected a few people who have it, as well as society at large, check out Part Three here: http://chargedmagazine.org/2019/10/painting-with-all-the-colors-of-the-wind-part-three/