More
Articles today i learned (til) Neuromyths: What We Know, and What We Think We Know 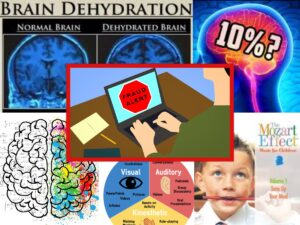 Neuroscience is an ancient subject, but a very young science.

What I mean by that is, while people have been fascinated with the concepts relating to the mind and consciousness for as long as we have recorded records, the scientific, empirically supported study of the nervous system is a relatively new field. Our innate curiosity to understand ourselves and how we interact with the world, paired with the relative lack of scientific literature, might be one of the reasons there are so many false beliefs about the brain and nervous system in mainstream culture.

In fact, public misconceptions about neuroscience are such a common phenomenon that we have a specific word for them: neuromyths. This term was coined by neurosurgeon Alan Crockard in the 1980s as a way to describe widespread but unscientific beliefs about the brain in the medical community and was formally re-defined as a “misconception generated by a misunderstanding, a misreading or a misquoting of facts scientifically established (by brain research) to make a case for use of brain research in education and other contexts” by the Brain and Learning project section of the UK’s Organization of Economic Co-operation and Development (OECD)  in 2002.

People have been noticing this trend, however, and have tried to explain where neuromyths come from, and why they are so convincing to so many. They have noted that these false notions persist in a strange manner, similar to the way that illusions can continue to seem real even after facts have been presented (Pasquinelli, 2012), or the way that urban legends are resilient and appealing regardless of the presence or lack of evidence (Brunvald, 1981). Neuromyths are often vaguely rooted in some true research, albeit research that is largely misinterpreted, overblown, or entirely overturned by the academic community. This, along with inaccurate or sensationalist reporting of neuroscience discoveries in popular media, may be what gives them such an air of credibility, and why they are as potent as they are.

Some of these ideas seem intuitive. Others, like the popular commercialized Brain Gym regimen which purports that rubbing areas of tissue around the sternum (called “brain buttons”) can help improve interhemispheric communication among other things, sound less feasible from the start (Hyatt, 2007). As quirky, benign, or even downright ridiculous as neuromyths can seem though, they are not harmless.  For every well-intentioned dollar and minute spent implementing policies based on pseudoscience, there are fewer resources left to give to evidence-based scientific principles. Like any opportunity-cost model, neuromyths “cost” a lot in terms of what we “could” be teaching and applying about the brain.” They also “cost” us in terms of public receptiveness and curiosity for new research. By simplifying complex topics and claiming knowledge we don’t actually have, neuromyths can give the impression that certain ideas are already “solved problems”,  when they are still questions we should be actively pursuing. In addition, when neuromyths are disproven, they may make people less trusting of true results from studies, since the previous “science” they heard wasn’t right. It lends substance to the notion that scientists are constantly “flip-flopping” on topics, hastily publishing results and then issuing retractions left and right, although the original claims were never made by scientists  in the first place. Allowing neuromyths to pass unchecked as truth undermines the credibility of neuroscience, and ultimately science as a whole, by propagating ill-informed ideas with the authority that the disguise of a “lab coat” gives the public.

Given this context, it’s time to start challenging the beliefs we hold and start to critically differentiate between the “urban legends” of neuroscience and data-supported hypotheses. Try your hand at this quiz to see how well you know what is and is not true about the human brain and nervous system!

Organisation for Economic Co-operation and Development. Understanding the Brain: Towards a New Learning Science. (OECD Publications, 2002).