Vision is awesomely complicated. A lot of animals, like the hawk, use vision to detect important environmental cues from vast distances. They use complex eyes and even more complex brains to locate prey, or figure out where the ground starts, or I dunno, check out lady hawks. Hearing is like vision’s less-popular but talented younger brother, the often-forgotten Luigi to evolution’s Mario. Hearing is amazing, yes, but our hearing kinda sucks. We’re not good at it, and so we discount its importance. Instead, we glorify vision as the pinnacle of evolutionary achievement, the ultimate sensory weapon against a hostile world. Yes, vision is awesome, and it is reliable, and it is useful for things like looking at steak. I f**king love steak. But other animals use hearing to see their steaks oh man that sounded really stupid so now it’s a run-on sentence now I don’t know how to end it oh no I’m embarrassed lol. The bat is one of the few animals that can accomplish this awkwardly-written steak hearing, and it does so using methods that absolutely amaze me.

It must not come to a shock to you that bats use echoes from their own calls to create a mental picture of the world around them. Bats hear with the precision of a rocket-tipped arrow, which sounds totally stupid because that implies the rocket should blow the arrow backwards and that’s not where the pointy end is, but this is not important. I will explain to you how they use variable auditory frequencies, interaural timing, Doppler shift, and badass brain parts to make a map of their world. In short, they use magic. Bottom line, bats are badass.

PARTS OF THE ECOCHOLOCATION PROCESS THAT ARE BALLS-OUT INSANE BECAUSE THEY GIVE BATS THE HEARING PRECISION OF A ROCKET-TIPPED ARROW.

Did you also know that bats are really damn good at determining object size, velocity, shape, and even if it’s fluttering? I bet you didn’t, Mr. Fact Learner. You need to learn up all of your facts except that fact because you know for a fact that this fact is a fact, and that’s a fact.

Small bats usually emit two types of calls. First up are frequency-modulated (FM) sweeps, and bats use these to locate objects in the space around them. These calls are usually quick, and the pitch rapidly drops. This allows bats to emit a range of frequencies to the nearby area. The amount of time an FM sweep takes to return to the bat allows the bat to determine distance. Bats also use the time disparity between frequencies in the left and right ears to tell where objects are on the azimuth, or how left/right they are relative to the head.  The pointy shape of their ear also allows bats to use FM pulses to gauge the elevation of objects.

We got three properties down in one paragraph: azimuth, elevation, and distance. Isn’t that enough? Hells nah. They use some of them AT THE SAME TIME. For instance, bats can tell the size of an object by determining how loud the echo is. They can then use all of this information to tell the difference between something like a bird that’s far away and a moth that’s up close. FM calls are sweet.

The second type of call allows bats to tell how fast an object is moving. Constant-frequency (CF) pulses are typically longer, though the pitch does not drop. This allows, and yes I’m serious, bats to determine slight deviations in pitch due to the Doppler effect; a CF echo from an approaching object is slightly higher in pitch. This raises a good question: How can a bat do this if it’s flying toward an object? Wouldn’t the act of approaching an object make the CF pitch higher simply because the bat is moving towards it?

This next experiment sounds kind of insane, but I promise it really happened.

Scientists strapped a bat to a swing, pointed the swing at a wall, hooked up some microphones, and let loose. Sure enough, a bat swinging at a wall lowers the pitch of its emitted call. So, bats can compensate for their own movement through space by dropping the pitch of their call, making the pitch of the echo ALREADY ACCOUNT FOR DOPPLER SHIFT BY THE TIME IT GETS BACK TO THE BAT. Totally. Friggin. Badass.

2-The ear and auditory pathway

“Auditory pathway? Ughsheesh. That sounds boring. I don’t want to read about that.” said nobody awesome ever.

Our inner ears are pretty complicated. Without getting stained with details, sound transduction works basically like this:

1) Sounds, which are essentially air pressure waves, vibrate tiny bones in the middle ear that then convert those vibrations into pressure for the inner ear.

2) The basilar membrane, a bendy flap of tissue in the cochlea that looks like an industrial-strength file, vibrates in different spots based on the frequency of these vibrations.

What did we learn here? Basically, pitch matters. Low pitches vibrate different hair cells than high ones. Bats are crazy though. Really crazy. I once saw one bite the head off a human.

Bat basilar membranes, the part of the ear that transduces sounds into nerve impulses, are wider on the part of the cochlea where they detect the frequencies of their echoes. This helps for a number of reasons: 1) It increases the volume of noise in this frequency range, 2) It allows bats to become more sensitive to their own echoes, and 3) it helps reduce sensitivity to their own calls, reducing the odds of confusing those calls (or other sounds) with echoes. It’s also pretty cool to point out that bats contract muscles in their ears when they screech, dampening the sound of their calls further. All in all, bats are pretty much deaf to their own calls but highly sensitive to their echoes. Also, different bats are sensitive to different frequencies, limiting the odds of cross-talk between species.

Alright, this is about to get nuts. I recommend not reading this if you’ve just had a heavy meal, because you may be so amazed that you’ll spew half-digested mush all over your keyboard.

I’m so excited to tell you about bat brains that I’m literally going to get some Oreos. It turns out I was actually excited about the Oreos all along.

Bats have auditory cortexes too. Theirs do many of the same things as ours. But there’s got to be a reason I’ve decided to spend an entire section on their brains. Trust me, there is.

Remember how the cochlea can organize sounds by frequency? We tend to keep nerve impulses of similar frequencies bundled together as we send sound information from our ears to the auditory cortex through various brain structures. So, different parts of the auditory cortex become active when we hear different pitches, giving us somewhat of a tonal map of our sounds. Bats do this too, as do many animals.  Here’s the difference: bat brains are capable of producing an ACTUAL map based on sounds.

The bat auditory cortex has two pretty badass regions. One is the FM-FM region. Remember FM pulses? Those are the calls bats use to determine where things are in the space around them. This function is done here. Neurons in the FM-FM area respond to the amount of time in the delay of a call and the harmonics of the call’s echo? What is a harmonic? Click here to find out.

Think of the FM-FM area of the auditory cortex like a 2-D map. Each harmonic excites different horizontal sections from top to bottom, while the left-right axis responds to different delays. So, if the bat detects an echo from the 2nd harmonic after 8ms, neurons in a specific area of the FM-FM area will start firing. Enough of these allow a bat to tell how the large size and distance of the object is.

Bats auditory cortexes can also produce a mental map of sounds based on their velocity. Recall that bats use CF-CF calls to detect  the Doppler Shift of sounds and tell whether they’re moving. They process this information in the CF-CF area of the auditory cortex. Like the FM-FM area, certain cells become active when sound properties are just right. Bands of cells respond to certain CF frequencies, and other bands respond to the velocity, or Doppler shift, of the sounds encoded. What bats end up with is a map of awesome.

So what’s the point? Oreos can get me really excited. And to be specific, I’m talking about the golden ones. For some reason the regular Oreos get stuck in my teeth and I can never seem to get them out. Not that regular Oreos aren’t good, I’m just a little bit more partial to the ones that don’t annoy me. And bat brains, those are cool too. I wonder how they make the crème on the inside of the cookie. DO they keep it in big vats? I wonder how much would I have to bribe a guard to swim in that vat for 20 minutes.

Could you imagine if I ended the article that way? Hahahahaha. I am so funny. But seriously, I am actually going to end the article this way. You don’t get a summary of what I said earlier. 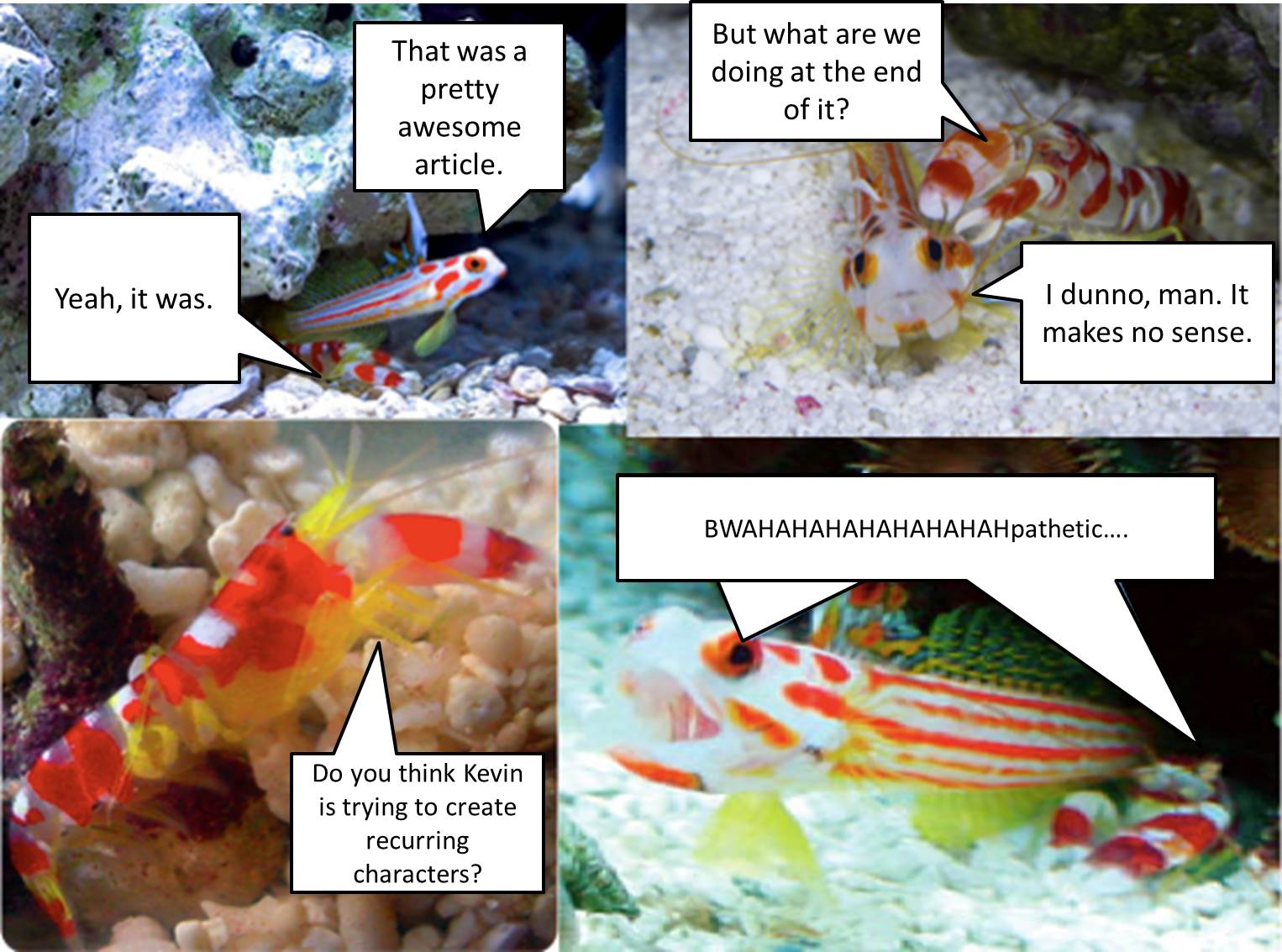 Want to suggest a topic for Badass Biology? Want to tell me how awesome a person you think I am? Interested in funding me? I didn’t think so. Anyway, leave a comment below and I might talk to you about stuff.

A big shout-out to “Behavioral Neurobiology” by Thomas Carew for much of the information and figures used in this article. Dr. Carew, if you’re reading this, you seem like a cool guy. Email me and we will go grab a beer and some Oreos.