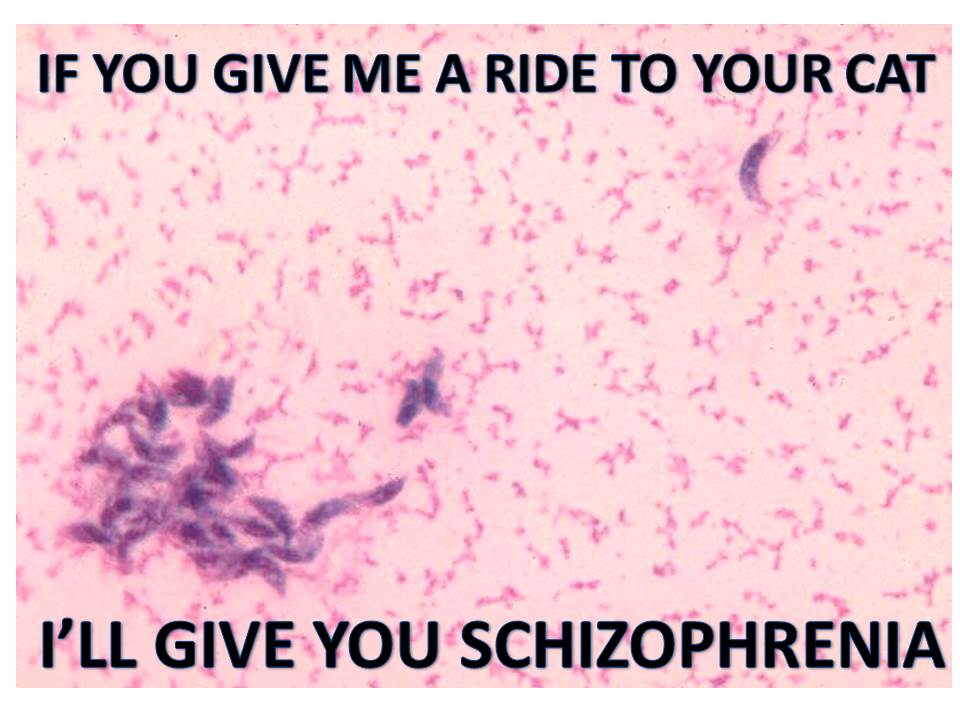 Look, we humans are awesome. We own this planet. If we really wanted to, we could spill every barrel of oil we have into the ocean, light it all into one gigantic fiery blaze, get on fire-proof boats in robot suits, somehow put on war paint inside the robot suits, build obnoxiously large metallic middle fingers, and shout to the heavens “TRY TO IGNORE THIS, MOTHER EARTH!!” Then, if we try really really really hard, we could clean it all up again, because some of us are actually sorry and some of us like to keep our marine food webs and all.

Why orchestrate such a display of power? Because we are the all-powerful movers of earth, the masters of fire and brimstone, and the makers of Haribo Gold Bears because holy freaking balls those things are really freaking delicious. We also have days of the year set aside where we butcher and devour different animals in front of children, purely because that’s what we’ve done for centuries. That right there is true power.

Point is, we are masters of everything we see. Remember in the Lion King where Simba is sitting with Darth Vader, who I guess came back to life to inhabit the form of a lion, and Vader is all “everything the light touches is our kingdom”? Yeah, we humans are exactly that. The only difference between humanity and Darth Vader is this: while the lions behave at the whim of the team of animators and writers that brought them to movie stardom, we are being toyed with by a tiny microscopic parasite that enter our guts, hitchhike a one-way ticket to our brains, and deliberately try to kill us by making us do really stupid and risky things.

I bet if you were eating a sandwich right before that last sentence, you probably aren’t anymore. It’s hard to eat something that’s been catapulted by your own shocked reaction, sending sandwich chunks to the opposite wall mid-chew. Even then, the walls may be really dirty, and that’s just not sanitary. I have no idea when I washed my walls last, and I keep my room relatively clean.

Why is this parasite trying to kill us? Simple. They want to get to our cats.

One of the reasons I wanted to write this article was to make myself look amazing. This isn’t hard, considering my creative wit and depth of scientific knowledge is nearly endless. The main reason I wanted to write this, though, was to talk about some badass ways that parasites can take over the minds of their hosts. It’s actually not uncommon to find mind-controlling parasites in nature. In fact, there is an entire field, called neuroparasitology, focusing on the effects a parasite can exert on host biochemistry, neurophysiology, and ultimately behavior and ecology.

Science jargon aside, there are some pretty badass parasites out there that tend to turn hosts into zombies. For instance, a genus of fungus called Chordyceps  invades the mind of its insect host, forces it to climb to a high place, orders its newly-induced slave to latch on with a deathly grip, and busts out of the host all Alien-styled to shower its lethal spores onto unsuspecting insect hosts below.

Huuuugggghshhh, gross. I’m sorry I did that to you. I even feel a little dirty describing that. So, in an effort to make you and me feel less creeped-out and anxious, I’m going to comfort you by giving you increasingly creepy and troubling examples.

So there’s this non-sarcastically beautiful creature called the jewel wasp that wrestles cockroaches into submission and bites them in the neck to inject a mild dose of venom. This venom paralyzes the roach, and after a short time, causes the roach to move with absolutely no will of its own. The wasp then literally starts a one-float cockroach parade, leading the roach to the wasp’s burrow like a Siren leads a ship’s crew to the abyss to be eaten by mermaids or something. Gotta admit, I don’t fully understand the Sirens’ intentions. The wasp seals the roach inside the burrow with a single egg and a comically large timer counting down the exact moment until the egg hatches. When the timer goes off, the cockroach is devoured to death by the larvae and pupae of the wasp, giving rise to another generation of the most beautiful thing in the universe made entirely of cockroaches. Technically, these kinds of parasites are called parasitoids because they live on or within the organism for a long while, but they ultimately lead to the sterilization or death of their hosts.

Another badass parasitoid wasp, called Glyptapanteles, lays its eggs in a caterpillar to develop and consume the host. This time, however, the host does not die. IT DOES NOT DIE. No, these tenacious caterpillar hosts, half-devoured and all, cling to life like that chip I just dropped into my bowl of homemade salsa.

I hate when this happens.

However, the wasp is not yet finished with its host. The caterpillar, after having live wasp pupae burst from its insides, spins a web of silk over the developing cocoons, stands upright on its back legs, puts on a lucky Japanese headband, and guards the cocoons with its life. Seriously, I wouldn’t dare screw with a half-eaten caterpillar sentinel, not even if I got a tummy full of wasp bodies as a treat afterwards. Eventually, the caterpillar starves to death, and that sucks, but at least– OK seriously curtains, what the hell are you doing?! Get it together!!!

OK, so I just bought one curtain yesterday, and not only is the color subtly different than the other curtains in my room, but they’re about a foot shorter, too. It keeps moving and I keep staring at it thinking “I can’t wait to give you back to the store”. I have never hated a curtain so much in my entire life. Please, curtain, quit moving and let me write.

Anyway, the point is that there are some pretty bitchin’ parasites and parasitoids that turn their hosts into zombies. You’ll notice though that all of the host examples I’ve used so far are from insects. Insects are little and dumb, and their tiny dumb stupid heads are really easy to invade. I mean, we’ve got huge brains! HUUUGGEEE!!! And they’re so complex, too! I mean damn, your visual cortex is so complicated that if you took every grain of sand on a 50-meter stretch of beach beach and lined them end to end, I’d be really disappointed because you decided to do that instead of listen to me talk about the visual cortex.

No, we are not immune. You read the first couple of paragraphs, so I assume you knew that already. So let’s just jump right into things and talk about Toxoplasma. This little protozoan is microscopic, but somehow it’s able to hijack the most complex brain on the planet like it ain’t no thang.

The most clear-cut example of Toxo behavioral hijacking comes from the changes it can make to the brains of rats. Since Toxo is out to infect cats, it often causes the prey of cats to become more apparent in hopes that its current host will end up in the cat’s belly, the perfect place to make little Toxo babies. How does it cause rats to become more apparent? It forms cysts in the rat’s brain. In particular, Toxo cysts form near a region called the amygdala, a tiny region that controls fear and aggression. These inhibit the function of the amygdala, and basically cause rats to get sexually turned on by cat odors and actively seek cats by tracking their urine. Seriously not kidding.

Toxo gets really really interesting when we start talking about humans. The tiny protozoan can cause the formation of brain cysts just as it does in rats, though the damage is very subtle at first. These cysts aren’t as selective in their real estate options, so they just kinda form wherever. They release enzymes that convert a dopamine precursor into dopamine itself, triggering the action of receptors of a group of neurotransmitters called catecholamines (which include dopamine, epinephrine, and norepinephrine). Ultimately, this causes people to do some wonky things.

What kind of wonky things? Well, for one, do you remember the Beatles?  Well, John Lennon once saw a newspaper article about a car crash and wrote a song about it, which isn’t really relevant but does serve as a good segue into talking about how Toxo can make you crash your car. Just as in rats, Toxo can induce reckless behavior. So basically…man, I gave it away. Gimme a second to recover.

Ah, screw it. Here’s an article on how car accidents are caused mostly by Toxo victims.

What else can Toxo do, you ask?? Well, it’ll deform your babies, of course!! Apparently Toxo can cause some pretty terrible damage to babies while they’re in the womb, causing deformities that I cannot describe to you. Let’s just say that I googled “Toxoplamodium babies” and it’s not likely that I’ll sleep tonight because of that decision. You’re going to google it anyway, aren’t you?? You heartless bastard.

These things all seem pretty obvious. Sure, Toxo can cause people to be reckless, and babies are easy to injure as it (Anderson and May, 1967) is so the damage from Toxo seems a bit expected. What else can Toxo do that’s more unexpected? To find out, let’s take a quiz.

Question: Which of the following facts about Toxo is true?

B)      Toxo can spread through dog semen, and can help upregulate testosterone to increase the odds of infecting a female

Answer: all of the above.

I find it absolutely mind-blowing that a tiny protozoan can increase a human host’s risk of schizophrenia. This isn’t some brain augmentation to an ancient area like the amygdala. Inducing hallucinations is not simple to do. On top of that, Toxo can cause humans to acquire ADD, OCD, and can even increase suicide risk. Just read this link. Your mind will be blown too.

Nature is truly out to kill us. How do I know? I am never wrong.

How else do I know? Toxo exists. We think we’re so high and mighty, immune from crazy zombie-inducing parasites.We are clearly not. Here’s where I make a point that we are not so different from components of the greater aggregate of beings we call “nature”, and that we ourselves are indeed a part of that. Then, here’s where I get really preachy, talking about how things we do affect the natural world, and here I mention the circle of life and make a funny quip about the Lion King and the irony therein that my argument of the circle of life has referenced an earlier part of this article.

Want to hear me talk about an animal, plant, bacterium, or whatever the hell else that you think is awesome? Leave me a message in the comments! I’ll probably ignore it, unless it’s actually really good. It’s worth a shot to try though.

To view the really interesting article most of this information came from, click this link!