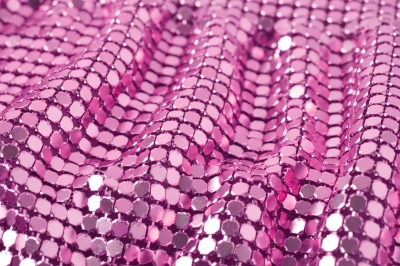 When I did stick around, it wasn’t just because I think Emma Stone is a stone cold fox (I do), or because I thought Ricky Gervais is particularly funny (I didn’t), and it’s not because I really care what the celebrities are wearing (I don’t). It was all the dang sequins.

Maybe this is just from a fashion uninitiated, but there were a lot of sequins going on at the Golden Globes. But then I thought about it – why not? Sequins do a pretty good job of catching the eye, and that’s kind of the red carpet Modus operandi, right? Sequins’ secret lies in their ability as a reflector of incident light. Much like a signal mirror used to reflect the sun towards a rescue plane, sequins sewn onto a dress (or a pair of hideous shoes at DSW) reflect any light that hits their surface at an angle equal in magnitude to the incident angle reflected through a plane perpendicular to the reflecting surface. This is analogous to bouncing a ball off of a smooth surface. If the ball is dropped straight down the angle of incidence is 0° and so the ball bounces straight back up. Meanwhile, if the ball is bounced at an angle like a basketball being bounce-passed between two players, after striking the ground the ball will travel towards the second player at an angle identical to that thrown by the first player. This is called specular reflection (with light not basketballs). When considering this concept from the viewers perspective of a be-sequined dress, the dress appears to shimmer and flash. If the light-source comes from a single direction (like a spotlight) then the incident angle is fixed and the relative angles of the sequins change with the motion of the wearer. The result is flashes of light as individual sequins pass through an orientation which places the reflection angle directly towards your eyeballs!

Maybe that’s not that surprising to you, given that you have observed this phenomenon first hand dozens of times in mirrors. However consider this – not all light is made equal. Light can be described as wave traveling through space from the source. These waves have the shape of the trigonometric sine function when visualized in two dimensions, and have an associated wavelength that is related to the energy of different forms of light. To humans and many other species, our eyes detect this difference in wavelength as color, but only in a relatively narrow range of wavelengths. This is referred to as the “visible spectrum” , and the acronym ROYGBIV known by many a grade-schooler as the colors of the rainbow actually orders the visible spectrum correctly from longest to smallest wavelength!

Thus, while sequins are reflecting the crap of out the visible spectrum, light waves with appreciably longer or shorter wavelengths will have different interactions. For this reason, reflectors designed to reflect these different wavelengths can require drastically different shapes and materials. Some examples include a satellite dish whose curved edges reflect microwaves (these are of similar wavelength to the ones used in microwave ovens!) towards central antenna (the prong in the middle) increasing the signal, and metal coated Mylar (a type of flexible plastic) used in space blankets and on satellites (the ones in space, not the dish on your roof) to reflect infra-red radiation. In the case of space blankets, these reflect infra-red radiation (light waves with wavelengths just above the color red in the visible spectrum responsible radiative heat transfer – this is why heat lamps in restaurants are red!) emitted by the wearer back to their body. On satellites this wavelength is emitted by the sun and reflected away from heat sensitive electronics. In the case of metalized Mylar, the reflection is diffuse rather than specular, meaning the reflection takes place at many angles.

So we’ve learned that sequins are sparkly because they reflect light at discrete angles. If they operated with diffuse reflection, the entire dress would appear to glow rather than sparkle. Fingers crossed that the fashion community will one-up themselves at next years GGs. A simple experiment you can try at home can be done with a mirror, a yard stick, and a flashlight (or ideally a laser pointer). Measure one yard from a wall and place the mirror on the ground, then place yourself one yard away from the mirror facing the wall. Hold the flashlight at the top of the yardstick pointing towards the mirror. The reflected light should strike the wall at the exact height you are holding the flashlight! This is specular reflection in action!