Imagine training your whole life to become an astronaut. Excelling in aerospace engineering degrees, going through years of training and exams, only for some cold weather to ruin your first mission and cost you your life. Even worse, it could have been prevented.

Every day we put our lives in the hands of engineers, doctors, and other professionals, trusting that our cars won’t explode, the buildings we walk through won’t fall down, the foods we eat won’t poison us. But, what about when these things do go wrong? Who is to blame? Decide for yourself as I take you through my favorite engineering ethics scandals, they might surprise you!

On January 28th, 1986, the Challenger spaceship exploded, killing all the astronauts on board, including a schoolteacher. What happened? When the ship too 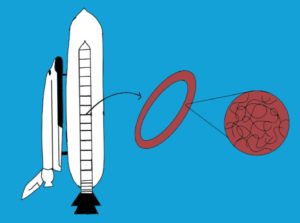 k off, the rocket booster was supposed to be sealed off by rubber O-rings that would expand to seal when heated up by the gases from the fuel. However, on the day of the launch, the weather was unusually cold, and below the glass transition temperature of the O-rings. This meant that the rubber polymer chains were “frozen” in place, and could not expand quickly enough to seal off the hot gases. This caused the gases to escape and heat up the external fuel tank, resulting in the infamous explosion. Engineers on the project knew it was too cold and presented their data to NASA, but due to poor communication and lack of good data visualization, the launch went on as scheduled . 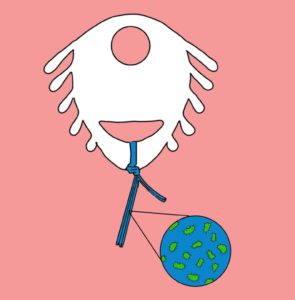 The Dalkon Shield was an intrauterine device (IUD) sold to women as a birth control alternative in the 1970s and 80s. It was a plastic shield that resembled a crab attached to a string. The plastic shield was embedded with copper, which acts as a natural spermicide. Women were attracted to this non-hormonal device, because there would be no side effects in comparison to the pills that were previously the only available option. It was better than remembering to take a pill at the same time every day. Because it was non-hormonal, it wasn’t considered a drug, so it didn’t need to be FDA approved.

However, the string attached to the shield was made of a thick filament (cotton/rayon). This would wick up bacteria in the vaginal canal, through the cervix, and into the uterus, causing infections. The company, A.H. Robins, was aware of this problem six months before it was placed on the market.. Pressed to keep costs low, they sold it anyway, with their customers totally unaware. Eventually, the shield resulted in 18 women dead, thousands of women with infections and complications, including infertility. 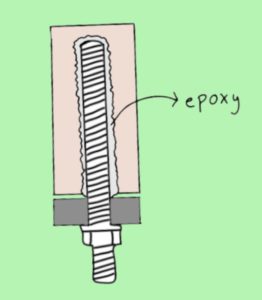 s Tunnel on Interstate 90 suddenly collapsed and killed a woman in her car. The panels were attached to the ceiling with cables to allow air circulation in the tunnel. The problem was that the cables were attached with a material that was susceptible to creep. “Creep” is a term used to describe the phenomenon when a material deforms (or “sags”) after a constant stress is applied over a long time. The accident happened due to miscommunication at multiple levels. The companies responsible for choosing the epoxy, Gannett Fleming, Inc., and Bechtel/Parsons Brinckerhoff, were not well-educated on creep effects, and chose a Fast-Set epoxy supplied by Powers Fasteners, Inc. Powers neglected to inform them of the durability and longevity of the epoxy.  Not only that, but the Massachusetts Turnpike Authority failed to do timely inspections of the ceiling panels and the deteriorating cables holding them up.

Do you see the common thread in these cases? I sure do. In each case, important scientific concepts became design flaws that were known by people in the company, but not addressed. Why? It is probably a combination of attitudes of complacency and incompetency in communication skills. It’s also hard for individuals to feel accountable for their actions when there are failures at so many levels of a company, and they too are confused on who to blame

A cultural shift needs to happen to give engineers and business managers a greater sense of urgency and accountability in their work. This starts from education in ethics and communication. I think universities could be doing much more to train students into becoming better professionals by integrating ethics and communications more heavily into engineering curriculum. Even at Georgia Tech, I’ve seen a lack of education within ethics courses to address topics such as implicit bias and effective communications skills. All of these components impact performance in industry. We can do better. So, why not start now?