As college student, we have all had that one class that is required for graduation that we aren’t the most interested in. Most of us have a hard time retaining information for that particular subject. So, what would you consider the most effective way to retain the information you need to be successful throughout the course? There have been many research studies conducted on study habits and 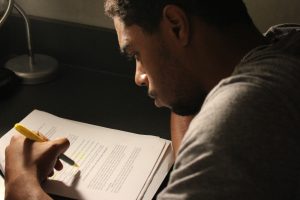 the effects a study habit has on the student’s ability to retain the information. Perhaps, the worst study habit a student can partake in is highlighting, and the best would be studying information in intervals along with adequate rest. But are these practices beneficial for a Georgia Tech Yellow Jacket? I decided to find out.

Many students at GT are seen in class highlighting or using a bullet point method when taking notes, but which is the most beneficial and how do they affect the student’s ability to retain information if they are not interested in the subject matter? I’m sure any student at GT would agree that lectures are 50 to 75 minutes of information overload that result in sleepless nights to complete homework assignments. What if the reason we can’t retain the information is because of the way we organize the important aspects of the information given? 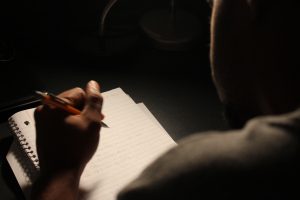