Exams……projects……homework assignments, it never ends! In turn, the anxiety begins to manifest. According to the National Institute of Mental Health, an estimated 19.1% of U.S. adults had any anxiety disorder in the past year.

Sadly, for many yellow jackets, anxiety has become a normality. This emotional response is mostly associated with the fear of not doing well academically at Georgia Tech. Most of us don’t know why we can’t stop worrying. Many of us look past our anxiety and think this is normal, especially when you hear other students complaining about the same things you are. However, when it gets to the point of where the anxiety interferes with your life, it’s time to take action and understand your neurological chemistry. 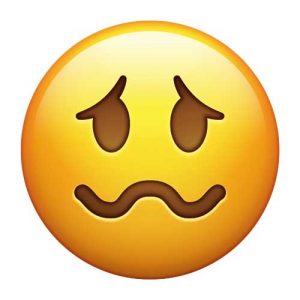 is a feeling that lingers ling after a stress (external stimulus that signals danger often by causing pain) has lifted and the threat has passed. The factors that trigger anxiety grow out of a response that is hardwired in our brains. For example, thinking you won’t be successful if you don’t do well and pass a class. When in reality, one class doesn’t determine our future. But why do we think this way? Are we born this way or do our experiences cultivate our thinking?

Kenneth Kendler, a psychiatric geneticist, decided to approach this question by studying groups of identical twins who share virtually all their genes, and fraternal twins, who, like any other siblings, share only some of them. What Kendler’s group found was that both identical twins were somewhat more likely than both fraternal twins to suffer from generalized anxiety disorder, phobias or panic attacks. The correlation isn’t 100%, however. “Most of the heritability is in the range of 30% to 40%,” Kendler says. That’s a fairly moderate genetic impact, so your genes set your general vulnerability. But your upbringing and your experiences still have a major role to play.

Being that we have no control over our genetic makeup, how can we turn their negative anxiety into positive anxiety? Using it as a tool to focus the mind. Think about it, when you’re worried, anxious, or fearful, whatever you’re associating these feelings with consume your thoughts and you can only focus on that discomfort. To change this, one would need to explore their amygdala and hippocampus. The amygdala tells the body what to do while the hippocampus is a cluster of nerves that help the brain learn and form new memories. These new memories will activate the prefrontal cortex which sends out an “everything is ok,” message, and lets the amygdala know that there is no reason to worry or cause anxiety. So instead of thinking negatively, think something positive no matter the situation or circumstance. Just like any habit, it’s easier to stop than it is to start, so it will require intentional effort to clear your mind of negativity. Understanding this neural circuitry can be the key to reduce the anxiety of students at Georgia Tech and increasing the jubilation of students.