More
Articles today i learned (til) Mindcraft: The Science of Flowers & Flower Pressing

On March 12th, 2022, STEMComm hosted a science crafting event in the Atlanta Science Festival (ASF), called “Mindcraft”. My focus was on flower pressing and the science behind flowers. I was lucky enough to be able to partner with Hannah, who helped with the workshop and had vast expertise about flowers, for she works at a native wildflower nursery (how cool is that?!). Our job was to demonstrate how to flower press a flower using three simple tools: an iron, a book, and parchment paper. In addition, we explained the parts of a flower and what each part serves in the sexual reproduction of flowers. Mindcraft as a whole was such a successful event! Many children and their parents attended, and students from Georgia Tech and other schools also attended.

There were an endless amount of people that came to our flower pressing table. The look of children’s and their parents’ faces when they learned how to flower press their own flower was priceless! We ran out of supplies nearly right when the event ended!

The Science of Flowers:

Botany is the branch of biology that deals with plants. It involves the study of the structure and properties of plant life, including flowers and trees. Flower pressing is a way for scientists to preserve flowers and record a collection of flowers as the seasons change. Flowers have evolved to have a bright and colorful appearance so that they can lure pollinators such as birds, butterflies, bees and wasps. Pollinators help the flower to reproduce itself. Flowers are made up of many parts that allow for sexual reproduction. The parts of a flower are in the picture below. The female parts of a flower are located in the pistil, which contains the stigma, style, ovary, and ovule. The male parts of a flower are the stamen, which includes the anther and filament. 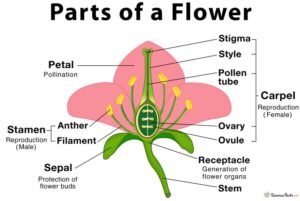 Emory Herbarium hosts a wonderful collection of flower pressings. According to their website, they are home to more than 21,000 plant specimens, dating back to the late 1800s! The majority of their collection is composed of plants from the southeast USA, but new collection efforts are expanding our reach as far as the Mediterranean and Australia. Here are a few pictures of their collections. Click here to view their website! 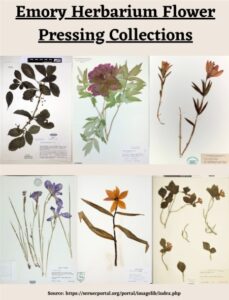 How exactly do you press a flower? It is quite simple, actually! Take a look at the infograph below that delineates the steps using a clothes iron. In addition, below there are some pictures and footage of what our tabling looked like at the ASF Mindcraft event! Feel free to take a look. 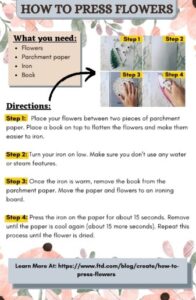 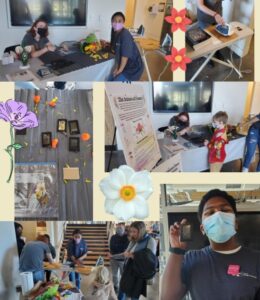 If you would like to learn more fun facts about flowers, take a look at the list below! 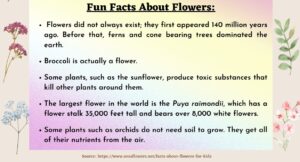