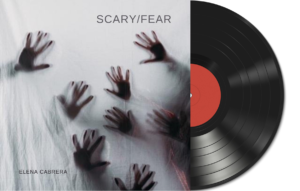 Welcome to Music and Emotions: A Series (Part 1)! This series will be delving into an interesting study conducted by professors at the University of California Berkeley in which they investigated how music evokes different emotions (Cowen et al., 2020). They decided upon 13 categorizations of music, one of which was “scary/fearful.” They found that the way that individuals classified music based on emotions was relatively similar, even cross-culturally. All of the songs included in the above album were utilized in this study and were some of the songs that participants most frequently categorized as “scary/fearful.”

According to the research, “scary/fearful” typically incorporates harmonic dissonance (Cowen et al., 2020). This emphasizes how some of the emotions people experience may have associations to specific melodic/harmonic intervals. For instance, the Herrmann piece included above is the soundtrack from the famous shower scene in Psycho! Here you can see a clear example of the tension and fear that arises from the use of harmonic dissonance. If you want to see a more in depth explanation of the genius music theory behind Herrmann’s song, here is a link to a very interesting analysis on YouTube.

As mentioned previously, they decided upon 13 categories and even included an interactive audio map where you can go in and see all of the songs used and see how you match up. Stay tuned for the next part of this series where I will create an album on the “Amusing” category! Comment below any songs you may think hit the mark for the “Scary/fear” category and how you matched up to others in the interactive audio map!