More
Featured The Good, the Bad, and the … Imaginary? 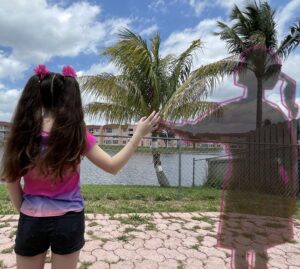 Working as a camp counselor, I was once yelled at by one of the children. As I went to sit down, a blood-curdling scream erupted from one of the students named Katie. My face went pale white and I stopped mid-squat. I mustered up the will to ask her what was wrong and she frantically said “You were about to sit on Mr. Snuffles!” After realizing that Mr. Snuffles was actually her imaginary friend, I calmed down, apologized to the chair I was about to sit on, and moved to a different seat.

Just like little Katie, many children create imaginary comrades to play with. These so-called imaginary friends are exactly what they sound like – an interpersonal relationship or camaraderie created by the mind that exists only in the imagination. Now although this may sound odd, it is an incredibly common psychological and social phenomenon that occurs in about 37% of children by the time they reach age 7 (Kennedy-Moore, 2013). Additionally, many may believe that talking to a fictitious creation as if they were real sounds like behavior that would be exhibited by someone that is troubled, however, this is not at all the case for these children and there is no cause for concern should a child have this type of relationship.

Now you may be asking yourself, why do only some children have imaginary friends while others never do? What makes those children different? Or even, why are these friends even created in the first place?  Well, based on the existing research in this area (and there’s a lot of it!), there are some patterns observed to answer these questions which will be further expressed in this article, some of which are very surprising!

So, What Types of Children Have Imaginary Friends?

Another pattern detected among those that have imaginary friends compared to those that don’t was seen in the number of siblings or the order in which they were born. One study found that those that are either the firstborn in their line of siblings, or are an only child are more likely to create imaginary relationships (Gleason et al., 2003).

There are also other factors, such as personality or emotional state, that could affect whether a child forms an imaginary relationship or not. Several studies looked into creativity levels of a child to see if this could be a potential factor. It was wondered whether ‘gifted’ children that displayed higher levels of creativity were more likely to form such friendships and it was found that that was in fact the case (Seiffge-Krenke, 1997). Another study gave a group of children two different creativity assessments and found, once again, that those that did have imaginary companions scored much higher on both of the measures of creativity (Hoff, 2011).

Moreover, whether the self-image that a child holds could affect their likelihood to have imaginary friends can be focused on. One study looked at this in-depth and concluded that although some of the data indicated a lower self-image for those children that did have imaginary friends, the data was not significant enough to make any concrete decisions (Hoff, 2011). This means that it is not necessarily true that lower self-image would be related to imaginary companions in childhood.

Now, here there are many components that can be analyzed, such as social development, friendship, and even other theories of psychology that come into play.

The reason for these friendships that most people will come up with is that these children lack social development and need imaginary friends to cope and fill in that gap. However, the complete opposite has actually been found! It has been said that being able to develop another being within their imagination is actually a symptom of developing social intelligence (Volpe, 2019). With this comes the idea of ‘ Theory of Mind,’ which involves understanding another individual’s beliefs, knowledge, emotions, intentions, and being able to use this to navigate social situations (Thompson, 2017). With this in mind, for a child to create an imaginary friend, they must be able to conceptualize beliefs and actions that are independent and different from their own which would indicate social intelligence based on the idea of Theory of Mind.

Another concept that could explain this phenomenon is the self-determination theory which can be defined as a theory of personality and motivation based on how an individual interacts with their social environment (Legault, 2017). This theory consists of three fundamental psychological needs – competence, relatedness, and autonomy – which an imaginary friend can fulfill (Volpe, 2019). More specifically, competence can be seen when children assume dominance or leadership over their companion. Then, we can see relatedness in the same way that it is displayed in ordinary friendships with real children as they find levels to relate to each other on. Lastly, autonomy is displayed when these children incorporate their imaginary friend into a situation in order to exert a sense of control and manipulation; for example, insisting that their friend be served a plate at dinner (Volpe, 2019).

The next and most basic idea is that these companionships are simply fulfilling a child’s need for friendship. An interesting take on this idea was observed in one study that looked at the relationships between personified inanimate objects among children compared to their imaginary friends. This study found that personified objects occurred when a new toy was acquired and was typically a nurturing relationship, whereas the bond formed with imaginary friends were more so sociable and friendly and were viewed as fulfilling a need for friendship (Gleason et al., 2003).

All in all, the “why” of such relationships cannot be fully answered as the points discussed are not universal to all children with these friendships and are not an indicator of greater intelligence either. In general, however, development of social intelligence, a need for friendship, and the fulfillment of social needs based on the theory of self-determination are all plausible explanations for this phenomenon.

So… Are They Bad?

The short answer is no. Should you encounter an imaginary friend, there is no reason to discourage this behavior as it is a sign of proper social development. It can be healthy to play along and not usurp control of this friend as it is important that the child has control. It is of course okay to lay down the law should behaviors become too disruptive, however, there’s no reason to try to get rid of that child’s ‘special friend’ as it could be a sign of healthy social development.

Thompson, B. (2017, July 03). Theory of Mind: Understanding others in a social world. Retrieved from https://www.psychologytoday.com/us/blog/socioemotional-success/201707/theory-mind-understanding-others-in-social-world