More
Articles today i learned (til) Do You Live in a Kind Area? 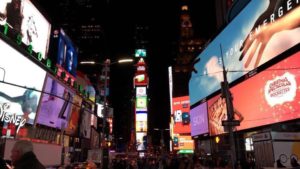 When I went home to Kansas over Christmas break, we had a particularly nasty snowstorm, and my family and I happened to be out driving while it hit. Our car got stuck while trying to make a turn. This caused traffic to be held up and while in the car, I found myself getting worried, as in Atlanta, when someone holds up traffic, they are usually met with honks and curse words. So, when several people got out of their cars to help push our car out of the snow, to say I was surprised was an understatement. This caused me to wonder if there was a difference in helping behavior between a small town and a big city.

It turns out there indeed is. A study done in Queensland and New South Wales collected a list of local areas with different population sizes, which were all split into categories of rural area or urban area. They had an investigator stationed in each area who randomly chose every 3rd pedestrian on the street to ask for help on posing as a college student and then recorded the pedestrians’ responses. The results of this study showed that people in rural areas were more willing to stop and help than those in urban areas. There have been many studies done on altruism in urban vs. rural areas and most of their conclusions are similar to that of the study discussed above and show that there is a difference in altruism levels, with levels being higher in rural areas.

What might cause this difference in helping behavior? There are a few possibilities that may explain it. One is the bystander effect: the more the number of bystanders, the less likely it is for any of them to provide help, as they think there are other people can do it. In big cities, there are more people, whereas in small towns, there are less people, so people in small towns experience less bystander effect. Similarly, it has been shown that people are more willing to help if the situation catches their attention; in big cities, there is constant noise and activity and people’s senses are constantly being overwhelmed, so the chances that they notice a particular individual in need are smaller than in a small town. Finally, another reason may be that people are more willing to help people who are similar to them (e.g. race); in big cities, there is more diversity than in rural areas, which may also impact people’s levels of altruism.

Ultimately, it seems like there is certainly a difference in helping behavior in urban versus rural areas. This difference does not mean people in urban areas are less helpful or compassionate people, as the reasons for the difference are not intentional and more situational. But it may be good knowledge to know if you are traveling to a new area or if you want to live in an area that has higher levels of altruism.

Kolm, S.-C., & Ythier, J. M. (2006). Handbook of the Economics of Giving, Altruism and Reciprocity. Retrieved February 3, 2020, from https://books.google.com/books?hl=en&lr=&id=AoT1Lt6uJ7IC&oi=fnd&pg=PR3&dq=reasons+for+altruism&ots=GCTqJC56wb&sig=uaAr1kPDM6yXHPeoec8K0C2JOn8#v=onepage&q=reasons for altruism&f=false