More
Articles today i learned (til) Why Rejection Hurts 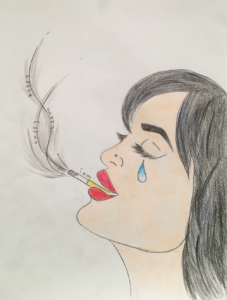 When people describe the feelings that result from social estrangement, they often use words that typically are used for describing physical pain, such as “hurt feelings” and “a broken heart” and with good reason. Research has shown that physical pain and social pain share common neutral mechanisms, which are responsible for detecting cues that might be harmful to survival, such as physical danger, but also social estrangement, as humans have relied on group living to survive for centuries.

There is evidence to suggest that the anterior cingulate cortex (ACC), specifically the dorsal subdivision (dACC), is involved when humans become distressed when responding to both physical and social pain. The dACC has also been shown in other mammals to play a part in distress from social pain. One of the few studies done on this subject examined the neural components of social pain in humans. The study recruited participants to play a ball-tossing game on the computer, while their brains were being neuroimaged. The game was played with two other “people” and the participants were ultimately excluded from the game. Their neutral activity when they were excluded from the game, compared to when they were included, showed increased activity in the dACC. Afterwards, participants were asked to report their levels of social distress during the exclusion. The degree of dACC activity had a strong correlation with the self-reports of social pain.

In conclusion, since humans have evolved to live in groups to survive, that need for social acceptance seems to have produced a sense of distress when social connections are threatened or broken. So next time you lose a friend, a romantic partner, or are excluded from a social situation and you feel that your feelings are hurt, or your heart is broken, know that that is completely normal.

Eisenberger, N. I. (2012, May 3). The pain of social disconnection: examining the shared neural underpinnings of physical and social pain. Retrieved from https://www.nature.com/articles/nrn3231
© Newspaper WordPress Theme by TagDiv