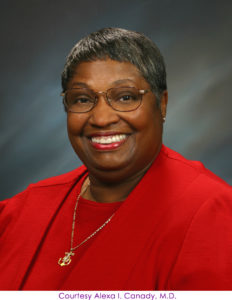 This article will be the first of a series of articles I hope to continue called Hidden Figures Beyond. The goal of this series is to go beyond the movie Hidden Figures, highlighting more scientists that are underrepresented minorities whose research and studies continue to make an impact on the discovery of knowledge today. The first scientist that I will be highlighting is the first African-American neurosurgeon in America, Alexa Canady. She is retired now, but I would like to discuss her history with neurosurgery and the research that she focused on and its impact.

To give a quick description of her early life, Alexa Canady was born in Lansing, Michigan to Elizabeth Hortense Canady and Clinton Canady Jr. Her mother was an educator and her father was a dentist, so she and her brother grew up in an education-based environment. Her family always emphasized the importance of education, especially as an African-American woman, which motivated her to graduate from her high school with honors and to attend the University of Michigan to earn. However, like most college students, she had her fair share of struggles as well. As a mathematics major, she had a ‘crisis of confidence’, questioning her place at the University of Michigan. When she learned about a minority scholarship for medicine, she felt an instant connection and decided to pursue it, thus switching her major to zoology and earning her bachelor’s degree in 1971, then graduating cum laude from medical school there in 1975. After graduating, she interned at Yale-New Haven Hospital for a year, where she still faced discrimination, being told on her first day, “You must be our new equal opportunity package.” Despite this, she continued to strive and be voted as one of the top interns by the physicians on her staff.

After her internship, she had her residency 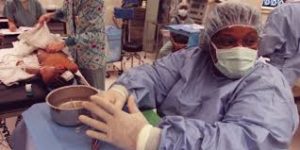 at the University of Minnesota from 1976 to 1981, when she started a fellowship at Children’s Hospital in Philidelphia. In 1982, she completed her fellowship and was soon hired onto the faculty of Detroit’s Henry Ford Hospital. She worked there until she was hired as the chief of pediatric neurosurgery at the Children’s Hospital of Michigan in 1987. Canady specialized and researched in life-threatening illnesses, congenital spinal abnormalities, and other brain injuries like hydrocephalus, trauma and brain tumors. She performed many life-saving treatments on thousands of patients, most of her patients being ten years or younger. During her time in Detroit, she researched at Wayne State University to improve neurosurgical technology with two other neuroscientists. This research led to the development of an antisiphon shunt that helps to treat hydrocephalus, an abnormal accumulation of fluid inside the brain. She continued this work until her partial retirement in 2001, retiring to Florida. During this time, she worked as a part-time surgeon until her complete retirement in 2012. Even though Canady is retired, she is still a full-time role model for African-Americans interested in STEM, and working on the issues of medical bias of African-American patients.

As I learned more and more about Alexa Canady and what an amazing scientist she is, I was also a little sad about the fact that she really isn’t very well known, even though she has done so much and has saved the lives of so many people. She’s stated that she doesn’t want the attention, but she is an inspirational role model and now that I know about her story, I don’t think I ever want to forget about her and her legacy. I’d like to leave this quote from a recent interview of hers when she was asked why young students should pursue neuroscience to perfectly define her life and legacy.

“It’s fun to make people better… It’s intellectually challenging, you get kind of a high when everybody says ‘Ah the neurosurgeon is here.’”
-Alexa Canady, 2017 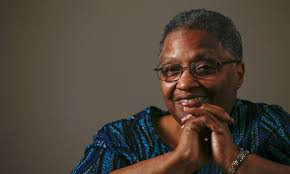