In case you’ve ever wondered what happens to the items that are too lame to re-sell in thrift stores in our culture, they eventually get boxed up and shipped off by charity foundations to developing countries. So, rural Guatemala in the early 90s was a walking rainbow of all the poor US fashion choices of the prior decades. It is nowhere more evident how weird is US culture than through the silk-screened, ironed-on legacy of our t-shirts. Everyone appreciates a free t-shirt in any culture, but this forgotten subset of t-shirts winds up on the backs of people who don’t understand what they say. So, while making friends at my field sites I sometimes wind up translating people’s t-shirts for them, because they ask me to. Ok, some of these are so obvious that no one asks (“Coca-Cola”), others require a bit more explanation (“Cheers. Where everybody knows your name” or “Styx”), and others are just inexplicable (like “I’m with Stupid →” or, even worse “Le Shirt”—in case you don’t remember, there once was an ill-advised culture rage in the US to label objects with text bearing their nominate noun in English, and the article in French–Le Car. Le Bag.). Do you get it? I never did, even at the time, and now I have to try to explain it to a curious Mayan guy while we are both trying to communicate using fractured Spanish skills.

Here‘s how this usually plays out, if the two of us are hiking along or resting on a rock or something:

Friend: Hey, can you tell me what my shirt says?
GP: “A Night to Remember. 17 June 1981.” I think it was probably a party for young people of some sort.
Friend: Do you remember the night?
GP: No. I wasn’t at that party.
Friend: Do you think the person who bought this shirt remembers the night?
GP: I don’t think so.Friend: I don’t get the point. Why would you buy a shirt to wear to just one party?
GP: I don’t either. Hey, what kind of frogs do you see around here?

The t-shirt situation got the better of me one day. I was riding in the back of a Toyota taxi-truck, standing up with a group of local women and we were all headed off, but not together in any sense, to the market in the next town down. Mayans, I learned, have core muscles that would put a yoga instructor to shame. The ubiquitous Toyota taxi-trucks have an iron bar welded lengthwise down the middle of the truck bed, so you can hang-on while trying to stand up vertically in the back of a truck pitching along on an impossibly rutted dirt road. Well, only gringos actually need or use that bar. So we are bouncing down this road and I look like a broken pirate-ship mast flailing back and forth holding onto the bar for dear life, as I am very much taller than all the perfectly vertical seemingly motionless women filling the rest of the truck bed. A very important player in the Toyota truck-taxi system is the branch trimmer guy. He sits motionless cross-legged on the top of the cab of the truck, without holding on at all, and uses his machete to whisk away errant branches that might tear out a passenger’s eyeball. I am convinced that this guy is somehow glued or bolted to the cab of the truck, but he is not. He can just do this. But, even though he is sitting on the cab of the truck, I am still taller than him; this is a problem for me, as you can imagine with the branches and all. 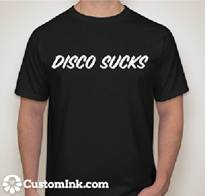 Ahead I saw this very, very old gentleman walking on the side of the road in over-sized gym shorts, sandals, a hand-woven straw hat, and a loose black t-shirt. He had his machete in one hand, a walking stick in the other and was slowly walking on the side of the road. He heard the truck come up behind him, and turned to make sure he was out of the way. That’s when I fully can regard his t-shirt. There it is— in all its 70s iron-on white fuzzy font glory, the phrase that helped galvanize punk rock:

I was left speechless at this unexpected cultural collision, and I foolishly turned my head to watch it go by. I heard an unprecedented little yelp from the typically stoic Mayan women who always utterly refused to acknowledge my existence in their midst. I turned back forward just in time to a get slammed in the forehead by a large rock-solid un-ripe mango. I saw stars as it whipped my head backwards, like a losing boxer, and I saw it retreat into the distance, pendant and wobbling like a yodeler’s uvula in an arched maw of jungle vegetation. Then it fell to the roadway. I swear I heard a minor giggle emit from somewhere in the back of the truck, but I won’t ever be sure. Everything was spinning and I thought I was going to vomit on my fellow passengers. Back in camp that night, I nursed my swollen skull and demolished ego and wondered if the branch-trimmer guy was mad at me for ruining a snack he had been nurturing on his route for weeks. I still don’t like disco.