Finding and trying (usually unsuccessfully) to pet street cats is often one of the highlights of my day. Nevertheless, it is always somewhat bittersweet to find a feline friend outdoors, as it is almost certain that it is killing local wildlife. Various studies have estimated that outdoor cats cause the deaths of billions of birds in the United States, and potentially dispatch over twenty billion mammals. However, they can hardly be held responsible for their deaths, much as we cannot be held responsible for breathing. A cat chasing a lizard or a mockingbird is simply following its instincts. These behaviors persist even if cats are well-fed, given that they will consistently seek stimulation from the outdoors, especially if neglected or under-stimulated at home. 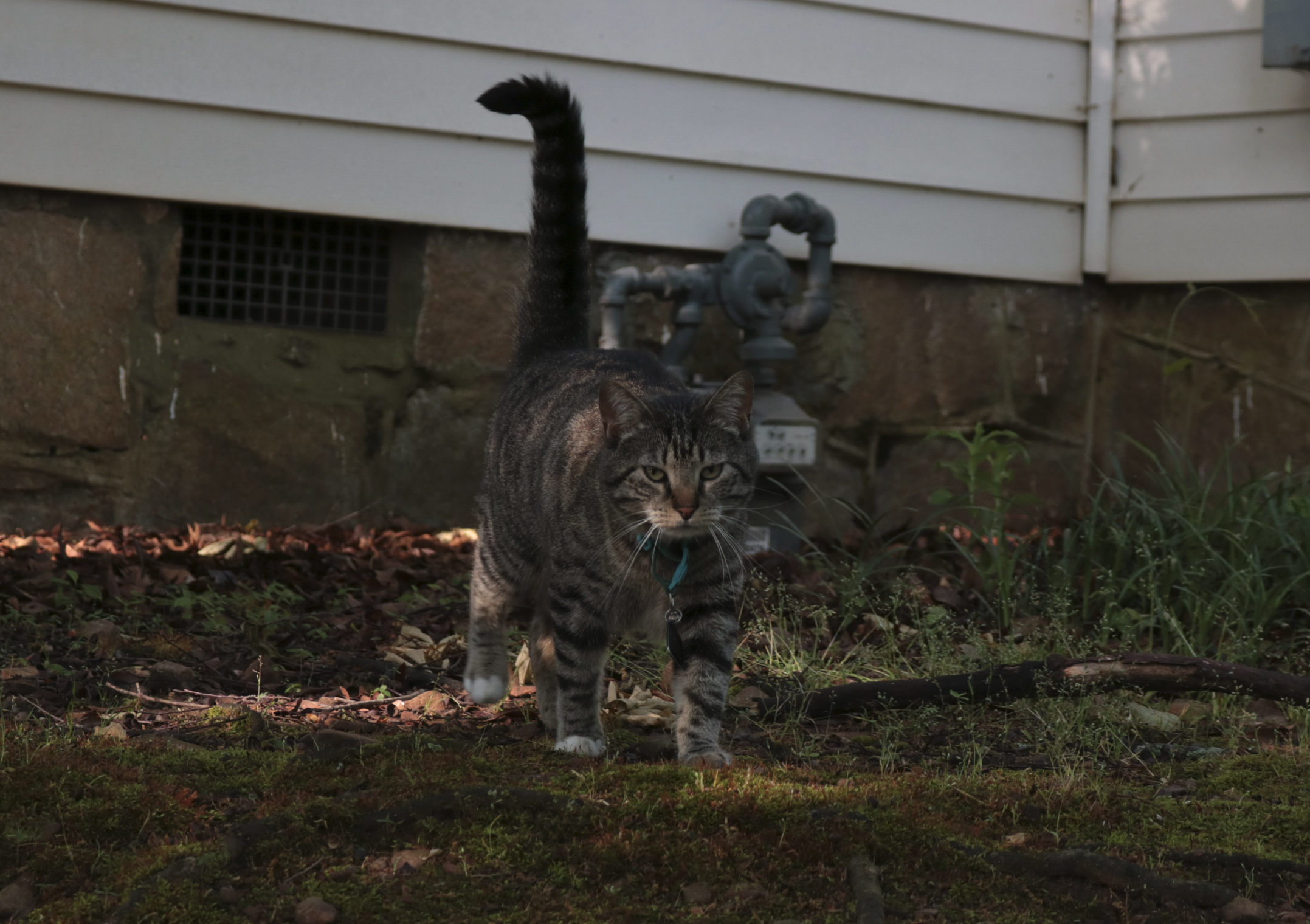 Pictured above is Mikigo, a friendly kitty which wanders around Home Park Avenue. Although I love petting her, I have seen her chasing birds around the neighborhood. It is almost certain that she kills a few every month, and even this number may very well be an underestimation of her murderous proclivities. These effects can be even more devastating in environments with endangered species, especially if said species have no predators similar to domestic cats and have not developed any sort of defense mechanisms against them.

Perhaps you don’t think that a few birds a month makes much of a difference, and if there were only a few dozen cats in the United States, I’d agree. However, a few seconds of multiplication shows the true extent of feline ecological damage. There are at least fifty million feral cats, not counting millions more house cats which are allowed to roam. Even if each feral cat killed only one bird a month, this would result in six-hundred million dead birds every year. Unfortunately, many feline-welfare programs which trap cats either neuter or spay them but release them back into the wild after the procedure, which might lead to another few years of ecological damage while the cat roams freely. The best option for wildlife is to adopt feral cats, and to keep your kitty indoors.