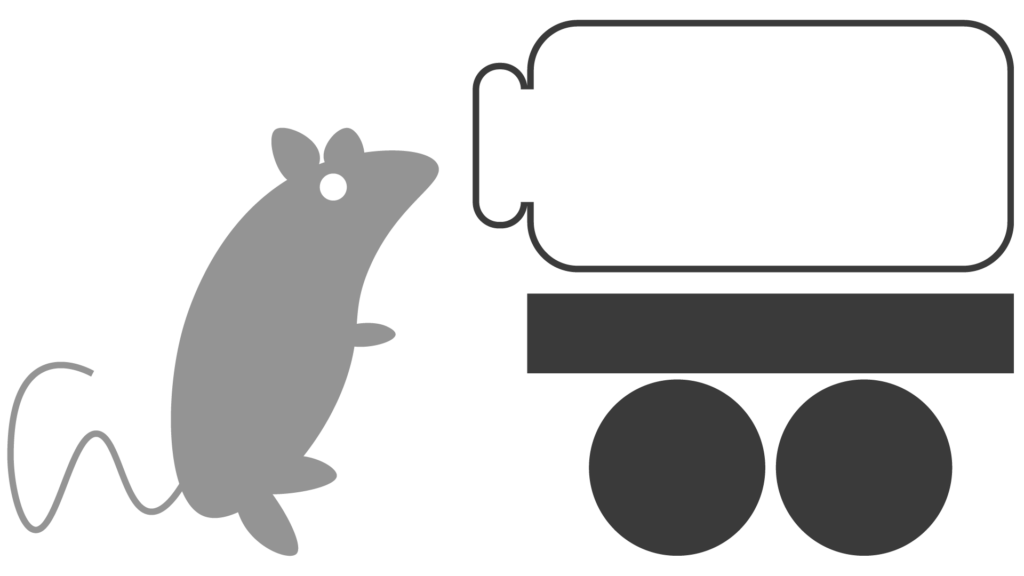 The authors of “Enriched environment exposure accelerates rodent driving skills”, published in Behavioral Brain Research, conducted an experiment intended to study the impact of the environment on the efficacy of stress-releasing mental health treatments in lab rats. This study aimed to see how an enriched environment, both socially and intellectually, promotes stress relief while doing fun activities. The process for teaching the rats to drive the rodent operated vehicles (known as ROVs) also has implications for the importance of enrichment in how service dogs are trained.

The study began with a “training period”, where rats in both groups were taught by operant conditioning how to drive the ROVs. While the authors of the study expected the rats living in standard housing to perform worse than the other rats, they were shocked at how much worse they performed. The authors noted that the control group rats failed to perform even “basic” tasks in driving the ROVs.

After the training period (in which food rewards were used to encourage the rats to drive), both groups of rats continued to drive the ROVs even in the absence of rewards. However, rats living in enriched housing drove the ROVs without treats for a longer period of time than the rats living in standard housing. Throughout the study, the scientists measured the levels of hormones that were indicative of the rats’ ability to handle stress. Both groups showed an improved ability to handle stress as a result of ROV driving, but the enriched housing rats showed a significantly larger benefit than the standard housed rats.

This investigation shows that the environment of an animal has a significant impact on the effect of stress relieving interventions. The authors suspect that the enriched rats were more able to learn new behaviors (driving the ROVs) as a result of experiencing a wider variety of behaviors in their enriched home environments. The results of this study have interesting ramifications on the optimal conditions for other animals who will be undergoing rigorous training. Additionally, this study demonstrates how a good environment that has opportunities for social connection and mental challenges is beneficial in mental health treatment.