More
Articles today i learned (til) Getting Back to Our Roots: Using interconnected plant roots as short...

I am an Avatar the Last Airbender fanatic. I remember sitting on the couch awestruck watching the final battle between Ozai and Aang. Avatar the Last Airbender never left my heart and I was absolutely delighted to see Netflix’s revival of the show this year. When the Legend of Korra, Avatar’s sequel, was added to the streaming platform, I was overjoyed. During my binging of the fourth season, something perplexing caught my attention. (Do not worry, this contains no spoilers). In one episode, Korra uses the spirit vines to find and communicate with lost children. My fascination exploded and my engineering brain won the “thought-struggle” contest. The premier question: “could plants be used to communicate and send information”? Imaginative thoughts began: tree roots becoming telegraph lines and conducting Morse Code communications. The possibilities of tree root communication would be useful and wonderful, but the biggest obstacle question became apparent: would it work?

The short answer is, “possibly”, and the reason being is that there are very few studies on the ability of plants to communicate with electricity. Electricity is the basic building block of data transmission. Channeling electricity holds the key to transferring data from one place to another. Current world-wide working channels include optic fiber, copper wires, and Wi-Fi; these channels work by transmitting data by producing electromagnetic signals. The signals carry the information from the output port to the receiving input port. Since plants have an anatomical ability to transmit electricity from their roots to their leaves and vice versa, plants have the potential to be the next transmitting service platform.

How plants can transmit data goes back to their roots, literally! Plants are living structures. They are built in three compartments: the root system, the stem, and the leaves. Each part of the plant has separate functions. The roots are used as an anchor in the ground and to soak up molecular nutrients in the soil. The leaves are used to convert sunlight and carbon dioxide into sugars via photosynthesis, and the stem is used as a highway to transport the chemicals and nutrients to the various parts of the plant. While this is basic science, there is a vast oversight on this knowledge. All of what has been said is chemistry. It seems that plants do not use electrical signals in the same way that animals use them.

Normal plants do use electricity and electrical potentials to work. In times of droughts, stress, or infections, plants send signals to regulate and try to fix the problem they are experiencing. These messages may originate from any location in the plant; sometimes they originate from an entirely different plant that is connected by their root system. In a study by Annemart Koornneef and Corné M.J. Pieterse (2008), it was found that plants when under attack can cross talk – or talk to plants beside them using the root system as an electrochemical message board. If this interconnected root system can provide a linkage mechanism between plants for them to communicate, then it could be plausible to manipulate the roots to send messages. But this raises the question of can humans manipulate the electrical messaging system?

Possibly! One study proved that human applied current on the plant genus arabidopsis, the plant species that are related to mustard and cabbage plants, can conduct current at 3.5 inches per minute. This study confirms that sending man made electrical currents can happen and work, albeit slowly. Yet, the problem lies on the path of travel: the root system. The root systems of trees are interconnected when living in forests or highly populated plant communities. This is because of mycorrhizal fungal connections. The tree roots are not actually intertwined, but are connected by the interconnecting fungi roots that are attached to each individual tree’s roots. An example would be a vast canyon, where the opposing sides are two separate trees and their roots. The mycorrhizal fungi roots act as a bridge connecting the two trees. This bridge acts as a chemical, electrical, and nutrient highway that one tree can use to provide for the other.

These mycorrhizal fungi are in nearly every environment in the world. They act as a super highway between hundreds of trees at one time. In a lab setting it was found that mycorrhizal fungi can act as an electrical conductor. The use of these fungi as an electrical forest super-conductor seems to be the perfect setting of a possible natural underground communication and data transfer center. With the entire forest connected by fungi and trees, the plausibility seems to come more into focus. Even in America there are some forests that are so vast that this could be used as a super highway.

Take Malheur National Forest in Oregon, where it proudly hosts the world’s oldest and largest organism on Earth: The Honey Mushroom. Estimated to be 8,700 years old, the mushroom covers 940 acres of underground forest floor. The Malheur forest is covered in trees, bushes and ferns, and other plant species, but is all connected by the honey mushroom mycorrhizal network. 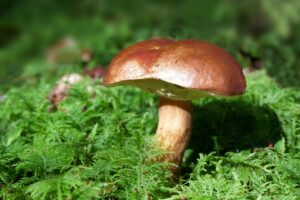 Or consider the Panda in Fishlake National Forest in Utah. The forest is composed of an enormous grove of interconnected Aspen trees, effectively creating one organism. In the forest lies 47,000 nearly genetically identical aspens trees sharing one root system. Spanning 107 acres, Pando – the name of the single Aspen organism – is the largest tree system in the world that spans the same root system. 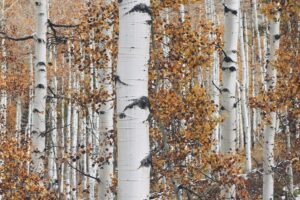 Beyond North America, think of all the forests in the world: The Amazon in South America, the Congo Basin Forest in Africa, the Sumatra rainforests in Asia, and the hundreds more in Europe and North America. The benefits of implementing and advancing the science of this is world expanding. Some possible benefits for data communication through forest roots include the reduced strain of wireless internet; ecological benefits for increased opposition to deforestation and worldwide planting efforts to rebuild forests. Another benefit is the possible use of discrete non-verbal and non-interceptable communication transfers. Tree root communication has the potential to be used for private and military uses for short range data transmissions. 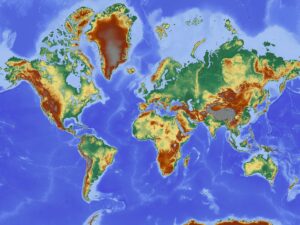 Yet, no task is without its problems. Possible problems that could arise from using this system include lost transmissions from utilizing the wrong root/mycorrhizal pathway; plants and their root systems die and decay, so the cost of upkeep would be massive. Other problems that are the most immediate are that the technology required for this is possibly millions of dollars of research and years away. On both sides of sending the message and receiving the message from a root system is tricky. Beyond picking the pathway, the coding of the message also possesses quite a problem. All these problems are significant roadblocks, but can ultimately be overcome with science, engineering and time.

I personally believe that tree root data transmission would and could be of significant use with endless possible benefits. Hiking in the woods with no cell reception? Just tap into a tree and place out a distress call! In quarantine and want to talk to someone in your wooded neighborhood? Send out a tree root instant message! My first thoughts were using tree roots with Morse code or even how farmers in the great depression used their barbed wire fences as communication devices. The root system communication and data transfer would expand and grow over time as more and more forests mature and grow. A future where you could tap into a pine tree and dial up your neighbor down the street may seem foreign, but in the future, calling, texting, sending memes and gifs, or encoded data plans may be a possibility.

It all goes back to finding our roots.