After living in Bristol for a time, Isambard went on to work on constructing The Great Western Railway (GWR) which would connect Bristol and the south west of England with London.  At the young age of twenty seven in 1833 he began his work.  Isambard was a great visionary who saw potential on a grand scale.  He didn’t just want to build a railway.  He wanted to build the fastest and smoothest railway in England.

To accomplish this he tackled a couple of controversial issues.  He decided to use a broad gauge (the width of the track) of seven feet. This was counter to common practice of using the regular gauge which was thinner. This broad gauge would allow for trains with larger wheels where the carriage sat between them instead of on top, lowering the center of mass. The goal of all of this was to allow much faster travel and at the same time a smoother, more comfortable ride.  Secondly he surveyed a route for the railway that would almost never change elevation. By doing this, the train would maintain the same speed for most of its journey. Once finished, This vision of excellence was England’s pride and joy and nicknamed “God’s Wonderful Railway.”  Isambard’s genius was not in inventing new technologies, but in his ability to combine the resources and technology available to him and to expand society’s capabilities beyond what was thought possible.  This genius was evident in the construction of the GWR.

Three of I.K. Brunel’s most memorable civil engineering projects were a part of the GWR.  The Royal Albert Bridge, the Maidenhead Railway Bridge and the Box Tunnel.  Each of these projects show Isambard’s audacity and vision in their own way.  Spanning the river Tamar, the Royal Albert Bridge was the first of Brunel’s tributes to ancient Egyptian architecture and a bold engineering project.  What was unique about this wrought iron suspension bridge was that it didn’t anchor its pylons in the bank for support, like most suspension bridges still do today. Consider the Clifton bridge, another one of Brunel’s more traditional suspension bridges. Like the Golden Gate Bridge it has cables anchored on either shore supporting the pylons.  The Royal Albert on the other hand, has lens shaped iron trusses (supporting framework) which keep the pylons from collapsing inward from the weight of the bridge.  The Royal Albert Bridge’s elegant design still stands today as a testimony to Brunel’s vision of engineering as not just a pragmatic field of work, but an artistic one as well.

The Maidenhead Railway Bridge further exemplifies Brunel’s audacity and understanding of aesthetics.  At the time, this simple but elegant little bridge had the longest spanning brick arches in the world.  Many engineers laughed at the project,  claiming that the arches were too long and that the bridge would collapse as soon as he took away the scaffolding.  Well, it didn’t collapse and the bridge still stands there to this day, nearly two hundred years later.  Again, Isambard proved his courage and strength of character in the face of adversity.

The third historic civil engineering project we will look at is the Box Tunnel. It goes under Box hill and was one of the most challenging segments of the railway.  The ground they were tunneling through was composed of oolite limestone, fuller’s earth, and forest marble.  The oolite was particularly difficult to tunnel through and required almost exclusively explosives.  Showing wisdom far ahead of his time, Brunel contracted the job out to different teams who had previous experience with each specific forms of geology, thereby making his plans suit the ground, which was something his father always advocated.  The tunnel needed no inner support against cave-ins as it was through such solid rock.  Unfortunately, because of the nature of the tunneling, the loss of life due to accidents was extremely high. Even so, when the Box Tunnel was finished it was the longest tunnel in England.  There is much debate as to whether Brunel built it intentionally so, but the tunnel is oriented so as to let the sun through from end to end only on his birthday.  The length and difficulty of the tunnel along with the graceful entrances on either side made the Box Tunnel one of the most memorable engineering projects on GWR.

Any one of these three constructions would have made Brunel a memorable engineer, but that wasn’t the end.  In addition to being an incredible civil engineer who worked on such world renowned projects as the Thames Tunnel and the Great Western Railway, Brunel was also interested in building ships. I will go on to discuss this monumental career shift into mechanical engineering in my next post. 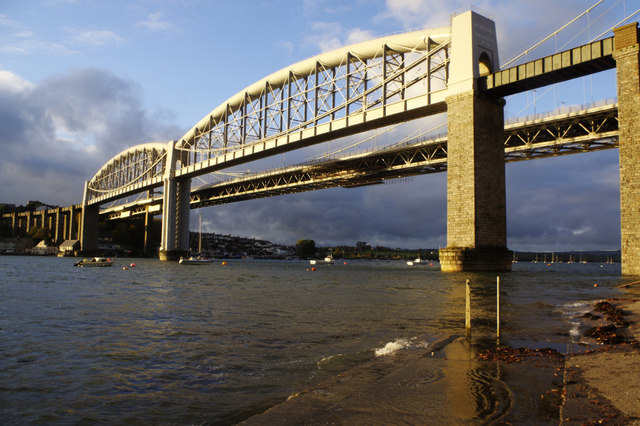 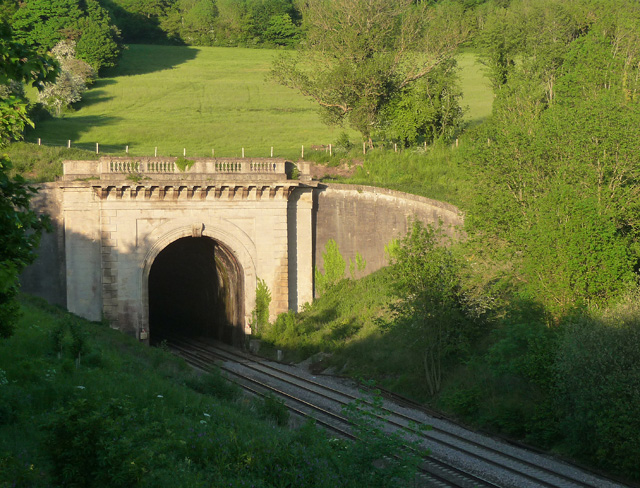