More
Articles today i learned (til) LSD and Scientific Advancement 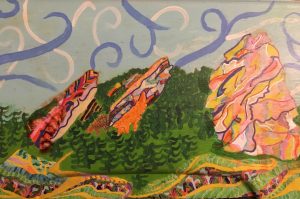 LSD. Acid. Lucy. Whatever you decide to call it, lysergic acid diethylamide has been illegal for years in most countries world-wide despite a lack of science supporting its schedule 1 status. (Schedule 1 drugs are classified by the DEA as drugs with a high potential for abuse and no medicinal uses. LSD was approved as medication to treat a range of mental disorders in both the US and Europe prior to its ban in the 70’s.)

Despite the illegality, several of the greatest minds known to man have openly attributed LSD with making them who they are today. Here’s a list of 4 great STEM-minded people who fell down the rabbit hole and came out just a little bit bigger:

There are many other notable people throughout history who have attributed some of their greatest successes to a love of LSD both in and out of the STEM field. Recently several researchers in Europe have opened new trials to experiment with the drug in a psychotherapeutic setting with preliminary success. While the future of LSD is unknown, it is safe to say our lives today wouldn’t be quite the same without it.