According to ‘Wikipedia’, Artificial Intelligence (AI) is defined as the study of ‘intelligent agents’. AI can replace the human identification, recognition, analysis, decision-making and other functions. When you say a word, the machine can recognize the words, and understand the meaning of your words. AI has a history of 61 years first starting from the Dartmouth meeting (the longest continuous bilateral dialogue between American and Soviet representatives) in 1956. During the historical development of AI, there are obvious ups and downs. At least, we have been through two ‘winters’ of AI. Allen Newell and his students win the game checkers, solving word problems in algebra and prove logical theorems. However, later they found that they fail to recognize the difficulty of some remaining tasks. Luckily, according to researchers, we have reached the ‘gold age of Artificial Intelligence nowadays. 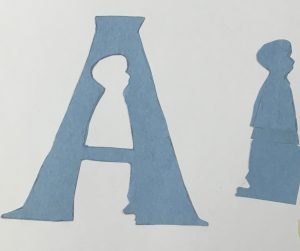 Artificial Intelligence has broken the records in multiple fields. In 2016, the latest version of voice-identifier developed by Microsoft lab has reached an error rate of 5.9%. This is the first time when artificial intelligence has the same voice identifying error rate as that of a human being. In the image identifier competition-ImageNet, which uses computers to identify the 1000 kinds of images, ResNet from Microsoft won the championship with an error rate of 3.5% (compare to 5.1% – the error rate of image identifier of a human being).( https://en.wikipedia.org/wiki/Artificial_intelligence#History)

Besides voice and image, artificial intelligence has a huge improvement in natural language. The new function of Microsoft translator published in December 2016 supports over 50 languages and can achieve simultaneously translates multiple languages spoken or written by different people. In the future, people may encounter others from different countries, but as soon as we use this app, we could hear our mother language.

AlphaGo uses a huge amount of data to the self-play process. After a long time of training, it beats the world champion in chess Shishi Li with a score of 4:1. Since it uses self-play process, as long as given enough time and examples, it never stops training itself.( https://qz.com/502325/an-ai-computer-learned-how-to-beat-almost-anyone-at-chess-in-72-hours/) That is why it won masters in chess 60 rounds continuously.

The fact that artificial intelligence needs a lot of databases to train an effective model instead of learning from scratch is a hidden danger in artificial intelligence. Now we are living in the big data world. For images, we can train the models by thousands of images. For voices, there is a huge number of voice data that we can use for training AI. For translators, we can use language samples to train the models. These databases make deep learning possible. However, this is certainly not the perfect solution for all fields. In many areas, it is hard or even impossible to get a similar database. For instance, some rare diseases in the medical field have only a few examples throughout the world. Only if we find the way to overcome the need for big data, can we enable the breakthrough in artificial intelligence technology and broaden the area of it.

The second challenge is about the size of the model and the difficulty of training the models. The internet used for training artificial intelligence always has a large coefficient as of billions.

Facing such a network, there are at least two difficulties: one is that we often refer to the gradient abatement and gradient explosion problems.

This phenomenon described in above steps is what we know as “vanishing gradient problem”.Trying the same approach as mentioned above, but when the observations are totally opposite, it tends to be “exploding gradient problem”.( https://medium.com/@sayondutta/intelligent-signals-unstable-deep-learning-why-and-how-to-solve-them-295dc12a7fb0)

When the deep network has many levels, the output layer and the label between the calculated residual or Loss function are difficult to effectively pass to the bottom. So, in the use of this reverse communication training, the underlying network parameters are usually not very easy to be defined as effective training. They usually have poor performances.

The high coefficient means the storage of the model is so large that it exceeds the storage of a GPU card. Therefore, separate computing and parallel models are required. However, it is time-consuming to get the models.

As artificial intelligence is getting increasingly successful in many fields, some people may be concerned that in the future AI may take over the jobs of human beings. However, in my consideration, AI and the work of human being are complementary to each other. Agents are fast, rigorous, precise, explicit and objective. However, they lack common sense and the ability to deal with novel situations. On the other hand, common sense is just the strength of us human beings. Therefore, I believe with the help of AI, more challenges with the rapid development of technology could be solved toward the knowledge economies.