More
Articles today i learned (til) Can Aging Be Stopped? 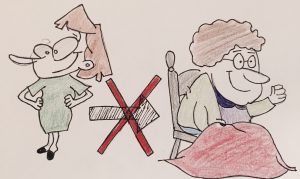 Many people are shocked when they find out that the concept of aging can be explained by genetics through telomeres. Telomeres are 8000-10000 nucleotide protective caps on the ends of strands of DNA. They protect the genome from degradation, repair and unnecessary recombination. In normal cellular processes, telomeres shorten with each cell division, but when the length reaches a critical limit, the cell stops dividing and most likely dies. Therefore, many scientists think that telomere length acts as an “internal clock” to determine the lifespan of a cell and organism. 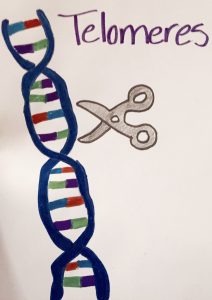 Does this mean that if you prevent shortening of telomeres, cells won’t die?

In fact, research shows that this is what allows cancer cells to continuously divide and survive. Cancer cells contain human telomerase genes that code for an enzyme called telomerase. Telomerase regulates telomere length. This is a function that normal, non-cancerous cells lack.

Telomere research has been increasing in the past few years, along with research about cancer and aging. People are finding that the life span of cells can be increased experimentally by increasing telomere lengths, but are also connecting lifestyle choices with telomere lengths.

Scientists at the Stanford University School of Medicine have found a way to lengthen telomeres by as much as 1,000 nucleotides by using modified messenger RNA, that contains a coding sequence for the active component of telomerase. The scientists found that cells with lengthened telomeres were able to divide up to 40 times more than untreated cells. A professor of microbiology and immunology even said that this is a way to “[turn] back the internal clock in these cells by the equivalent of many years of human life.”

Outside of these methods to increase telomere length, research has also been done in how lifestyles with obesity, smoking, and stress affect telomere shortening. A researcher, Masood, has shown that obesity is associated with oxidative stress, due to the deregulated production of products by adipose tissue, that can further induce DNA damage and expedite telomere shortening. Another study in the medical journal Preventive Medicine, finds that people who have high levels of physical activity have significantly longer telomeres than those with sedentary lifestyles. Although the exact mechanism of this is unknown, it is predicted to also be tied with inflammation and oxidative stress over time. 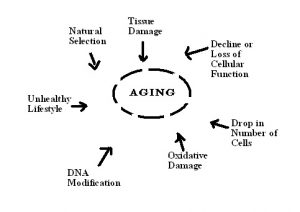 Research in this area is ongoing, and it is believed that telomeres will provide significant breakthroughs in the areas of cancer treatments but also preventing aging.

Brigham Young University. “High levels of exercise linked to nine years of less aging at the cellular level: New research shows a major advantage for those who are highly active.” ScienceDaily. ScienceDaily, 10 May 2017. <www.sciencedaily.com/releases/2017/05/170510115211.htm>.