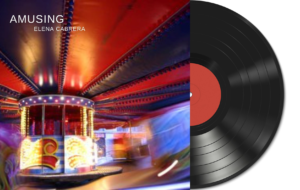 Welcome to Music and Emotions: A Series (Part 2)! In this part, we continue our series with the category of “Amusing.” For a quick recap, an interesting study conducted by professors at the University of California Berkeley was conducted on how music evokes different emotions (Cowen et al., 2020). They decided upon 13 categorizations of music, one of which was “amusing.” Within this study, the researchers had participants from the US and China listen to over 2,000 music samples and report the specific feeling they felt (“angry, “dreamy,” etc.) as well as the broad affective features they noticed (valence, arousal, etc.). This allowed them to create a pool of data which they analyzed with large-scale statistical tools in order to identify 13 distinct types of subjective experiences attached to music among both cultures (Cowen et al., 2020). All of the songs included in the above album were utilized in this study and were some of the songs that participants most frequently categorized as “amusing.”

In this study, it was found that emotions such as “amusement” and “triumph” were among those that were better translated cross-culturally. They tested both American as well as Chinese individuals which led them to this conclusion. It was also suggested that the categories dealing with subjective experiences, including “amusement,” may be more directly related to the music itself, meaning that certain features may be analyzed in a more culture-specific way among these (Cowen et al., 2020).

As mentioned previously, they decided upon 13 categories and even included an interactive audio map where you can go in and see all of the songs used and see how you match up. Here you can also toggle through the USA and China participants to see the cross-cultural translation of music and emotions.  Stay tuned for the next part of this series where I will create an album on the “Indignant/Defiant” category! Comment below any songs you may think hit the mark for the “Amusing” category and how you matched up to others in the interactive audio map!